We were honored to be invited to a baby naming ceremony by our friend and landlord Prabha and her family. Erik wasn't able to make it, so I took the children 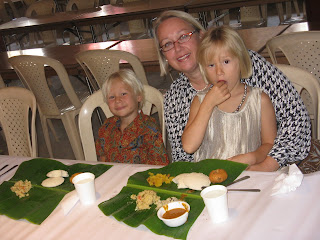 When we walked into the ceremony, we were directed downstairs to have a South Indian breakfast (YUM!!) Kids enjoyed it too. I was surprised to watch August eating the Sambar - which is quite spicy! 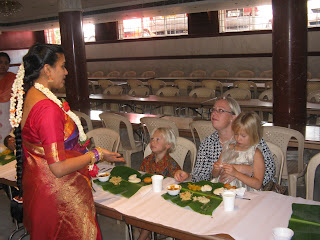 Prabha greeting us during breakfast 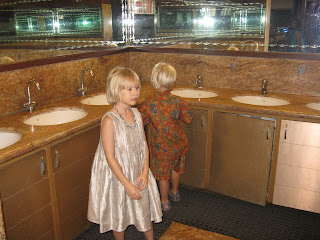 Hand washing station since meals are eaten with your hands. South Indian food is often eaten with rice, not breads like naan, so your hands can get pretty mucky 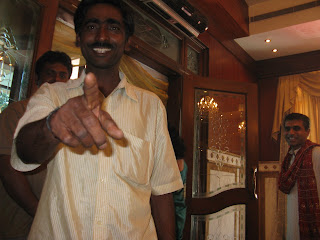 A friend of Prabha's family and ours... Shekhar 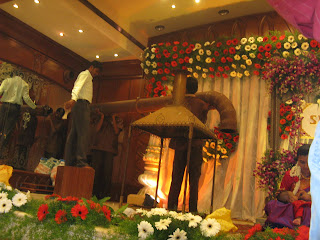 During the first part of the ceremony there was a large open fire on the stage. Here, the chimney is being taken away once the fire portion was over. 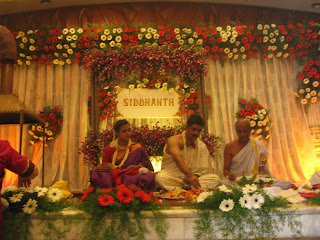 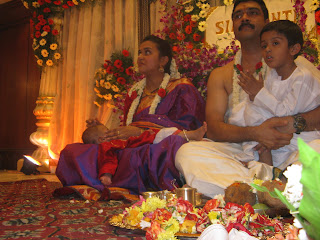 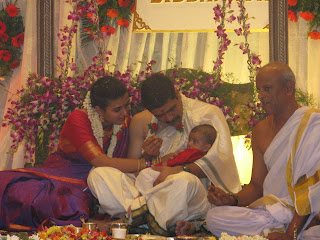 Little Siddhanth getting his moment in the spotlight 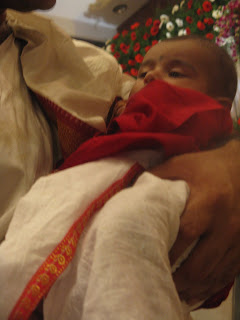 Sweet, sweet baby. He was calm throughout the long ceremony. Prabha says he is a mellow baby at home as well.
A Hindu baby naming ceremony takes place with the baby is 6 months old. These days a hospital won't let you leave without giving the baby a name, but before these practices the baby's name was not announced until this ceremony. 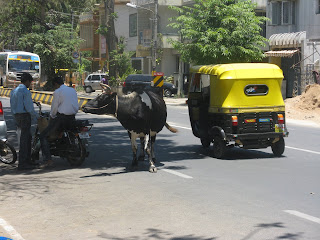 The kids got restless so we went outside to stretch our legs. Luckily a group of cows were taking themselves for a walk down a busy street. 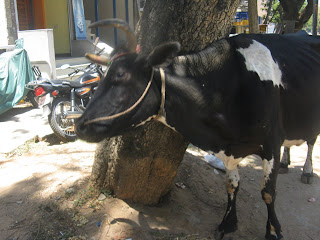 A little back scratch 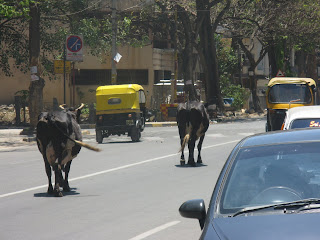 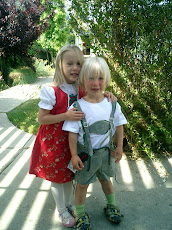